236 Company responses
28 Customer testimonials
Write a review
As a leader in payroll and HR technology, Paycom's software allows companies to effectively navigate a rapidly changing business environment by providing the functionality that businesses need to manage the complete employment lifecycle, from recruitment to retirement.
Show
Advertisements

Jeremy, thank you for reaching out to us. For your protection, only your company’s HR team will have access to resetting this information. Please share this feedback with your HR team, and they will be able to provide further assistance. If you have any additional feedback, or we can assist in any other way, please reach out to us directly at feedback@paycomonline.com.
author's review
ID
#1707646 Review #1707646 is a subjective opinion of poster.
Product
Paycom Account
Cons
Reason of review
Can't log into account
Nov 14, 2019 Jeremy T Pir
New Reviewer 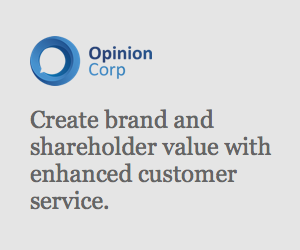 Not getting my paycheck on my card

Brittany, we are sorry to hear that you have been experiencing difficulties. We have connected our dedicated support team with your HR team to investigate this occurrence. Please reach out to your HR team; they will be able to provide further assistance. If you have any additional feedback, please reach out to us directly at feedback@paycomonline.com.
author's review
ID
#1701089 Review #1701089 is a subjective opinion of poster.
Reason of review
Problems with payment
Loss
$423
Preferred solution
Full refund
Nov 06, 2019 Brittany S Rqx
New Reviewer

I have been working three weeks for this company and I have not received a paycheck yet and I am suppose to get paid today and my money still aint on my card if someone could call me at 740 771 **** it will be greatly appreciated my name is brittany tinnel.

Tajuana, thank you for reaching out. We are sad to learn that you have been experiencing difficulties utilizing your benefits. Our COBRA team has reviewed all of your elected policies and all updates to your coverage will be active in 24-48 hours. If there is anything further we can assist with regarding this instance, please reach out to a member of our management team, Jason Hall at jhall@paycomonline.com.
author's review
ID
#1696773 Review #1696773 is a subjective opinion of poster.
Reason of review
Problems with payment
Loss
$15
Preferred solution
Full refund
Nov 01, 2019 Tajuana B
New Reviewer

This has been the worst! I will not continue coverage with this company due to awful customer service and lack of information needed to ensure I am able to use the services that I had orginally paid for.

Mary, thank you for reaching out! For your protection, only your company’s HR team has access to this information. Please reach out to them with this feedback. They will be able to assist you in resetting this information.
author's review
ID
#1688553 Review #1688553 is a subjective opinion of poster.
Product
Paycom Account
Oct 23, 2019 Mary L Cws
New Reviewer

Ericka, we appreciate your feedback regarding this instance. We value how we are perceived by other businesses and want to thank you for sharing your thoughts. We have evaluated this internally and appreciate your patience. We would like to encourage you to reach out to us directly with any additional feedback you may have at feedback@paycomonline.com.
author's review
ID
#1686979 Review #1686979 is a subjective opinion of poster.
Reason of review
Harassment
Preferred solution
NEVER contact my company again.
Oct 22, 2019 Ericka J Jlv
New Reviewer

This has happened to us on two different occasions with separate reps in NYC. In 2017 it was {{redacted}} and today, {{redacted}}.

Each time we told them that we were not interested and do not want further information on their products.

They continue to call various people on the team and pop-up at our offices.

Today I told Connor that I was not considering Paycom so he then he calls my boss. When she transferred his call to me I told him not to call her or anyone on my team again. He later shows up in our lobby with cupcakes. He was promptly kicked out.

No means no. Their sales tactics border on harassment.

Jalen, please reach out to your company’s HR team. For your protection, only they have access to this information. Please let us know if you have additional feedback or need additional assistance via our mobile app feedback form here: http://paycom.com/contact-us/mobile-app/
author's review
ID
#1686478 Review #1686478 is a subjective opinion of poster.
Service
Paycom Payroll Services
Oct 21, 2019 Jalen R Zcd
New Reviewer

Monique, thank you for the feedback. For your protection, only your company’s HR team has access to this information. Please reach out to your HR team for assistance in resetting your login information.
author's review
ID
#1682191 Review #1682191 is a subjective opinion of poster.
Reason of review
Troubl logging in my account
Preferred solution
Help me log in
Oct 16, 2019 Sriram Dun
New Reviewer

I’m not receive the requested email to recover my user name. I can’t even login to my account that I just created

Joshua, we would like to look into this further. Please fill out the following form so we can investigate. Thank you. https://paycom.com/contact-us/mobile-app/
author's review
ID
#1677198 Review #1677198 is a subjective opinion of poster.
Service
Paycom Customer Care
Pros
Cons
Reason of review
Bad quality
Loss
$70
Preferred solution
Fix the ***
Oct 10, 2019 Joshua Nqw
New Reviewer

Hi Michelle, you will need to reach out to the companies HR team for more information. We are just the software they use. Thank you.
author's review
ID
#1674541 Review #1674541 is a subjective opinion of poster.
Reason of review
Says offered in the status of my application now it's changed to applied and date. Company is saying I wasn't offered the job. So how do you input that info and who do you get it from?
Oct 08, 2019 Michelle A Buw
New Reviewer

I completed the online application for Bluewater Resort & Casino thru you. I had interiew and was told I got the job pending approval of my gaming license.

Your app stated offered. Now it is changed to applied and the date? How do you get the info from that input the offered?

They are saying that i wasnt offered the job now. But they only send you to get gaming license if you are hired?

I forgot my username on paycom I can get it

Hello I am being asked to verify my account through my phone number, but unfortunately my phone recently broke and I won't be able to fix until next week. I need access to my pay com account immediately.

I will call again on Monday Morning. Thank you.

We’re sorry you are having difficulty logging in. This website is not an official company support site. Please reach out directly to your HR/payroll team for assistance. For more information, please visit: http://paycom.com/contact-us/tips/ Thank you.
author's review
ID
#1668260 Review #1668260 is a subjective opinion of poster.
Service
Paycom Payroll Services
Sep 30, 2019 Ariel A Qtu

This review is from a real person who provided valid contact information and hasn't been caught misusing, spamming or abusing our website.

Help! I need to stop my paycheck from coming